Birthday Cake Policy
Its C.A.S.S.'s way of saying, "Thanks for all the hard work!" 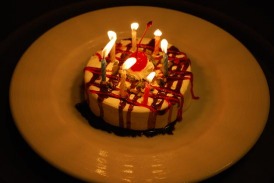 Because C.A.S.S thinks of its executive members as family, we've decided to make it a policy to celebrate each others birthdays. Come by our club room on your special day and we'll try out best to celebrate your birthday with a cupcake or miniature cake!

Be sure to let either the President or Vice-President
know at least two weeks before hand!